CfAR – the Centre for Artistic Research – is a profiled research centre at the University of the Arts Helsinki (Uniarts Helsinki). Its principal aim is to develop and support activities in Artistic Research (AR) at the postdoctoral level, both in the Academies (Academy of Fine Arts, Sibelius Academy, and Theatre Academy) and in the Uniarts Helsinki as a whole.
CfAR was created in order to form a community where artistic practice and practitioners, research and researchers can interact in varied and fruitful ways. It gathers all postdoctoral artist-researchers, whether they work in professional fields outside universities or within them, by contract or as visiting researchers, with or without external funding, in Finland or abroad.  The staff members at Uniarts Helsinki who have a degree in the arts or conduct artistic research are automatically part of the CfAR community regardless of their unit or cycle. In addition, CfAR is open to other researchers interested in the study of artistic practices and processes who may benefit from artistic interaction and collaboration with artists and artist-researchers.
Introduction to Uniarts’ research as a whole, including AR, other types of research, and doctoral research: Uniarts Helsinki research
CfAR maintains the Portal for artistic research activities in Finland, which gathers information about artistic research in this part of the world.
AR is one of the three profiled/featured research areas at Uniarts. Each area has a centre within the Uniarts Helsinki Research Hub. The other two centres are Taideyliopiston historiafoorumi (HiFo) - Uniarts Helsinki's History Forum - and Center for Educational Research and Academic Development in the Arts (CERADA). There are strong links between the three, and we complement each other. We collectively form the Research Hub to showcase all the research activities at Uniarts. 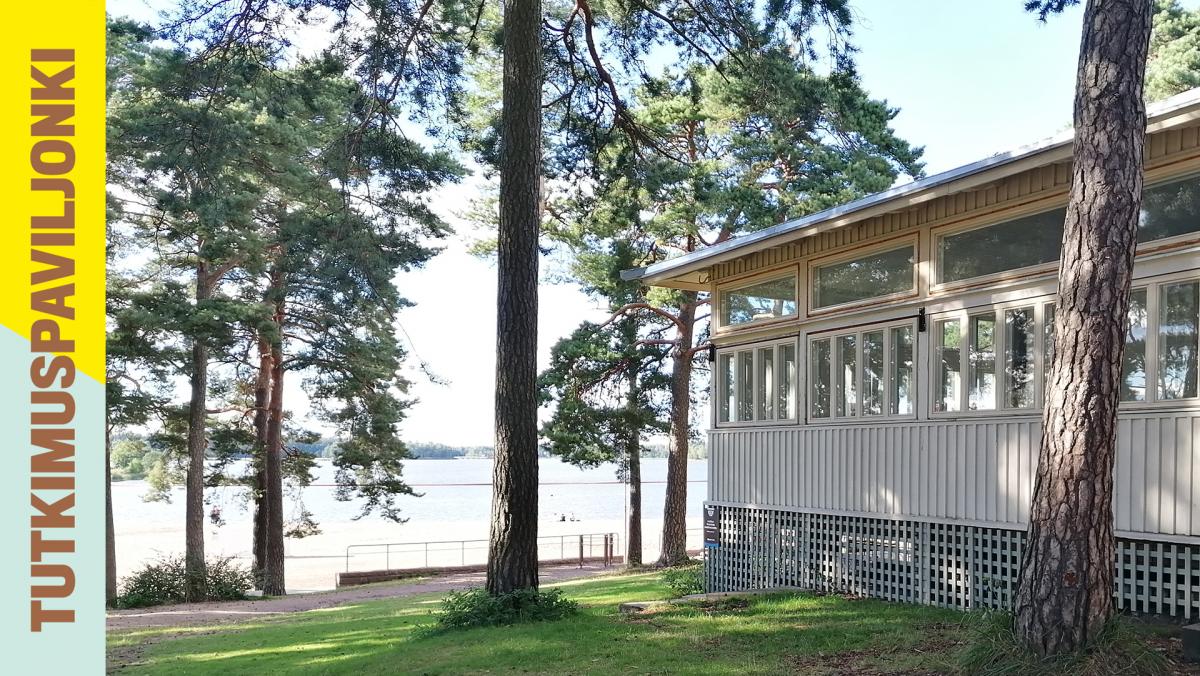 The exhibitions, concerts, performances, and workshops organised at the University of the Arts Helsinki’s (Uniarts Helsinki) Research Pavilion showcase artistic research and its various approaches.

If the Sibelius Monument in Helsinki had a prototype, what would it be like? Anyone can answer this question next August by attending one of the workshops entitled Walking as Prototype, arranged as part of Uniarts Helsinki’s Research Pavilion. The workshops are organised by artist-researchers Tero Heikkinen, Petri Kaverma, and Denise Ziegler, and the workshop participants approach the monument by making sketches and taking notes, thus reverting it back to an imaginary prototype stage.

Workshops like these are just one example of artistic research. Hietsun Paviljonki, the communal and cultural building located near the Hietaranta public beach in Helsinki, will be a busy hub for artistic research from 5 June to 29 August 2021 as it becomes home to Uniarts Helsinki’s Research Pavilion, a project that has previously been organised in the context of the Venice Biennale.

“Artistic research has the potential to raise awareness about topics that tend to remain in the fringes or the margins – things that we are unable to see or cannot yet talk about,” says Jaana Erkkilä-Hill, Vice-Rector in charge of research at Uniarts Helsinki.

“Artist-researchers employ methods from various disciplines in their work and approach their topics from different perspectives. We wish to showcase this thematic diversity and range of possibilities in the Research Pavilion,” says Erkkilä-Hill.

Uniarts Helsinki’s Research Pavilion has become known as a platform for introducing the practices of artistic research and research-based art, and it has been organised as part of important contemporary art events since 2015.

Events with a research twist until the end of August

This year’s Research Pavilion includes nearly forty exhibitions, concerts, performances, discussions, and workshops, which the audience can enjoy. Over sixty artists and researchers take part in the activities of the Pavilion.

Artistic research is manifested in the exhibited works and events in many ways. Research may provide the starting point, background or method to the works and projects, or it may be their essence.

Songs to End With is a concert dealing with the physicality of contemporary music, produced in collaboration by three performing artists: Malla Vivolin (flute), Pinja Nuñez (cello), and Maria Puusari (violin). The concert allows the audience to learn about the artists’ research topics and special expertise through music. The solo and chamber music works performed in the concert are introduced from a research perspective.

How do Objects Know? is a three-day installation and performance by Pilvi Porkola, Tomi Humalisto, and Markus Heino. The performance, which will take place from 4 to 6 August, examines various kinds of objects and materials, as well as the relationships between them, by organising, dismantling, combining, and reassembling them. The organising team is particularly interested in plastic as a material, objects made from synthetic materials, and preconceptions and emotions related to them. The audience may roam freely in the space, watching the installation like an exhibition while discussing the topic with the artists.

Miela sorjjasmeahttunvuohta/Mielen itsenäisyys/Mental Independence is a slow discussion event spread over five days from 23 to 27 August. The event consists of discussions pertaining to the art produced by the indigenous peoples, communal knowledge, and autonomy. The discussions take place in Sámi, Finnish, English, and possibly in other languages as well. Textile crafts are made by a fireplace as the discussions go along. The living flame will help the participants become detached from the conventional seminar schedule and encourage storytelling. The event is convened by artist-researcher Katarina Pirak-Sikku, Professor Lea Kantonen, and Senior Researcher Hanna Guttorm.

The Research Pavilion has previously been organised in the context of the Venice Biennale in 2015, 2017, and 2019. The summer of 2021 brings the Pavilion to Helsinki, where it is organised at the same time with the inaugural Helsinki Biennale. The fourth edition of Uniarts Helsinki’s Research Pavilion is supported by the Louise and Göran Ehrnrooth Foundation.

More information about the Research Pavilion, including a full list of events, can be found at www.researchpavilion.fi. Please note that the information is subject to change.