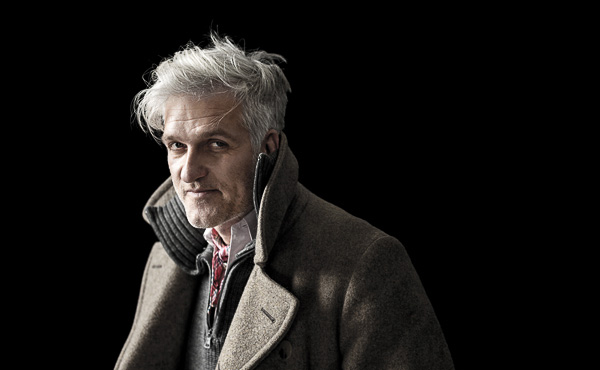 From July to early August, if you’re lucky, you can catch Florian Dombois sailing around in the Venetian lagoon in a golden sailboat in the early morning.

It is all part of the German-born artist’s show at the Artistic Research Pavilion. Dombois, 50, will scour the waterways for salvaged wood, which he will use to shape an “invisible sculpture” of air inside a wind tunnel, similar to the one he runs in his laboratory.

“I will come with an engine from Zürich and set it up at the opening. Over the following weeks I will build a new wind tunnel, slowly forming the unformed wind into a shape,” Dombois explains.

His grey locks and a jaunty kerchief around his neck give a swashbuckling appearance, but his voice is measured and calm like a philosophy professor.

“It is the opposite of what people usually do. They come to Venice for the Biennale with things and leave them there, whereas I try to articulate a Venetian version of my wind tunnel, a collage of all these areas.”

Dombois’s fascination with wind and experimental setups is quickly understood. He is a long-time racing sailor and a former geophysics student with a vast interest in how our planet functions. This overlap of science and art drives a lot of Dombois’s work and places him at the vanguard of art-as-research, which he has promoted for years.

NOT QUITE KNOWLEDGE PRODUCTION

Artistic research is a young and somewhat nebulous concept. How does Dombois define it?

“It is not knowledge production. I think it’s really dangerous to call it that,” he states.

The concept of artistic research, Dombois says, contains two interesting prospects. First is the fact that research is meant to be shareable and open to challenge.

“I think that’s something that’s really interesting. How do we as artists reach out and share and challenge each other?”

The second point of interest is the outcome of research, which does not necessarily need to be applied knowledge, but rather something that other can build on.

“Just as pharmaceutical research paves the way for pharmaceutical products, maybe our research is preparing for artistic production. I’m not totally sure how that would work, but the idea is that an artist can gain from the research we’re doing.”

In his Venice installation Dombois is combining his own investigation with open workshops and a library, a bookcase where he will “publish” any interesting encounters, discussions or materials that come up over the five week exhibition.

“The outcome of artistic research could be art, but it could also be what I like to call almost-art, something that may become art at some point.”

THE VALUE OF DOUBT

While there are obvious differences between the realms of art and science, there are interesting parallels as well, Dombois notes. They share similar academic institutions and practices, even spaces. Even the nondescript office we’re talking in could just as well be at a science campus instead of Uniarts Helsinki.

From 2011 Dombois has worked as a professor at Zürich University of the Arts, and he is one of the founders of The Journal of Artistic Research, a dedicated academic publication. Instead of peer-reviewed articles and papers, artists have examinations at art schools.

Collaborations between these institutions, like the Research Pavilion, are highly useful for the development of artistic research, Dombois says. Comparing different practices and views can open up new doors.

“The questions of sharing and challenging is also there between nations, so sharing ideas, but also arguments or setups between for instance Zurich and Helsinki is interesting,” he says.

“I think collaboration is very valuable, because nobody really knows what artistic research means, and I like that,” Dombois says with a chuckle. “It means we have to think!”

That, to Dombois is the valuable aspect of scientific inquiry: there’s nothing you cannot doubt. And as long as the terminology of research forces artists to think and to question, it is helpful. But if the vocabulary and format start to guide your thinking, it defeats its own purpose, he concludes.

In July–August, the Research Pavilion will host Galleria del Vento, an exhibition by Florian Dombois. Dombois will build a wind tunnel during the exhibition’s run. He will bring along the wind tunnel machine from his transdisciplinary research laboratory at the Zurich University of the Arts. Dombois will collect all other material for the wind tunnel during the exhibition’s run by going out daily into the lagoons of Venice on a boat with golden sails. The artist will be present and discussions and workshops will additionally be held every Saturday in a Palaver-setup as part of the show.

This article has originally been published in the May issue of Uniarts Helsinki's IssueX magazine, this time a special edition dedicated to the Research Pavilion.