Archive - Friends of the Sibelius Academy

The Sibelius Academy, University of the Arts Helsinki

The Sibelius Academy and The Juilliard School – two of the world’s top music schools – joined forces to form a joint symphony orchestra and celebrate Finland’s centenary in August-September 2017.

A week-long rehearsal period culminated in an international tour, playing for full arenas in Helsinki, Stockholm and New York. The orchestra’s conductor was the world-famous Sibelius Academy alumnus Esa-Pekka Salonen. The orchestra consisted of about 80 students – approximately half from the Sibelius Academy and half from the Juilliard School. The tour program combined tradition with youthful enthusiasm, featuring Four Legends from the Kalevala by Jean Sibelius, Mania by Esa-Pekka Salonen and Radical Light by an American composer Steven Stucky – the latter inspired by Sibelius’s symphonies. A young Finnish cellist and a former Sibelius Academy student Jonathan Roozeman, appeared as the soloist in Salonen’s work. The joint tour was successful and received a great deal of publicity both in Finland as well as internationally.

Sibelius Academy produced a short documentary series POLTE to tell the story of our students' entire journey from the rehearsals to the stage in Lincoln Center, New York. 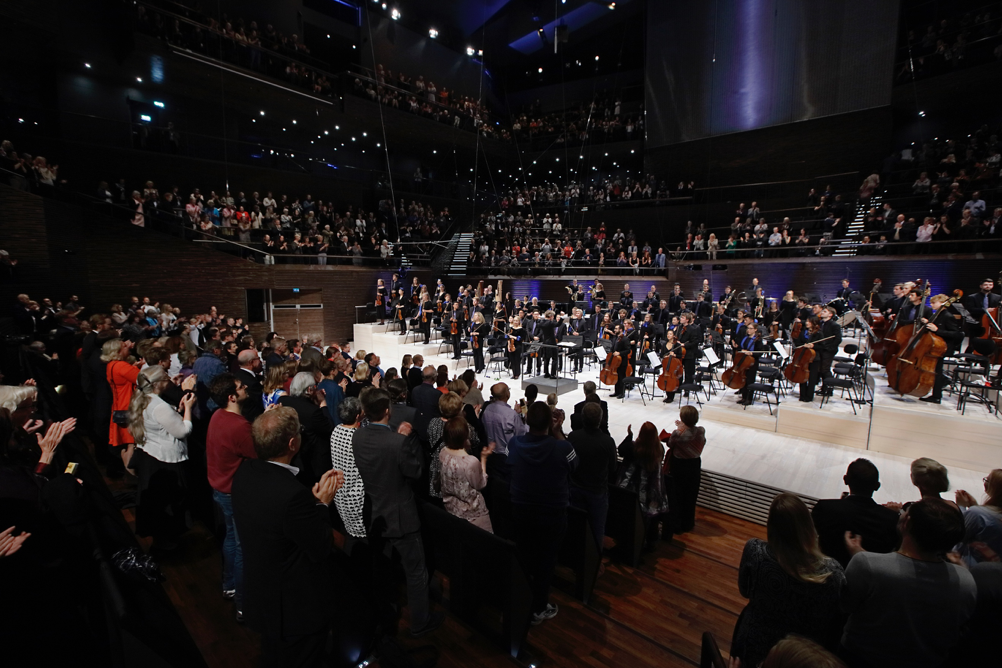 In the beginning of June, the Sibelius Academy organized its new brass masterclass and concert series – Brass @ Sibelius Academy –  in Helsinki for the second time since it was established in 2016.

During this 6-day event the academy’s own professors, together with other internationally acclaimed brass musicians, taught 80 talented young musicians, who hailed from 13 different countries. A few of the masterclasses, as well as a concert series in the Helsinki Music Center and the Temppeliaukio Church, were open to the general public. All in all, the event included 22 instrument master classes, one chamber music course, 8 concerts, as well as student matinees and lectures.

The event was extremely well received and the participants gave the academy rave reviews. “The whole week was unforgettable – I felt like I progressed in terms of my craft as well as my thought process”, said one delighted participant. 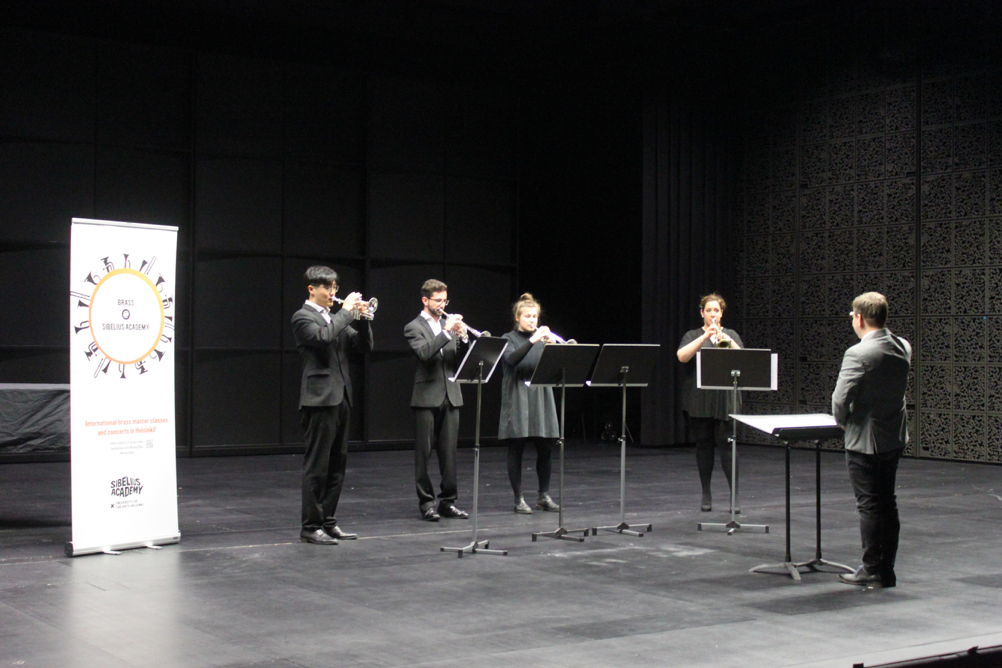 CREATIVE DIALOGUE IX – an international workshop that launched in 2008 – took place in Kallio-Kuninkala Finland from August 28 to September 5, 2017.

Creative Dialogue was created to inspire young performers and composers to engage in a dialogue, that would benefit not only the two groups of artists, but the musical life in general. This year the faculty included the Finnish composer Kaija Saariaho, the Finnish cellist Anssi Karttunen and the French sound engineer David Poissonnier. The focus of the workshop was music for string instruments with electronic instruments and live electronics. The group of students is always small and carefully selected. Every year the Sibelius Academy invites some of the most prestigious Universities and Conservatories from the US and Europe to send one exceptionally talented student to the Creative Dialogue. In 2017, the participants included 5 composers, 3 violinists, 2 violas and 3 cellists. The composers wrote pieces for different string ensembles with electronic instruments and each string player had to prepare a work by Kaija Saariaho using their own instrument as well as live electronics. The final concert took place in the Black Box Hall of the Helsinki Music Centre.

Including the Sibelius Academy, the participating universities in 2017 were:

- The Basel School of Music, Germany

- The Eastman School of Music, USA

- The Guildhall School of Music and Drama, UK

- The Norwegian Academy of Music, Norway

- The Royal Academy of Music, UK

The 5th GLOMUS CAMP invited 140 students and music professionals from 23 music institutions and 20 countries to Natal, Brazil in January 2017.

The international camp is organized by the Sibelius Academy in collaboration with the Royal Academy of Music Aarhus/Aalborg (Denmark) and the Federal University of Rio Grande do Norte (Brazil). In 2017 Sibelius Academy and the Uniarts Helsinki sent 19 student and staff representatives to Natal.

GLOMUS is an international network for higher education in Global Music and related arts. The GLOMUS network aims to develop collaborative projects to enhance intercultural communication, musical interaction for mutual inspiration and innovation, as well as to share knowledge, build competences and develop the organizations in the Glomus-network. 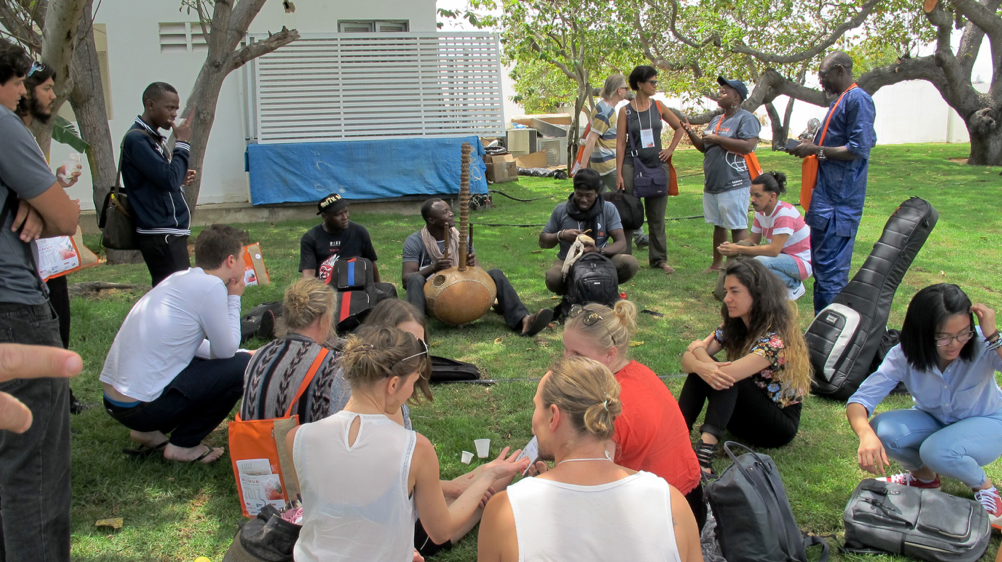 2017 was the year of orchestra projects and collaboration.

The joint symphony orchestra tour with the Juilliard School wasn’t the only collaborative orchestra project in 2017. In May, conductor Eiji Ōue – the Artistic Director of the NDR Radio Symphony Orchestra and Professor of Conducting at the Hannover University of Music, Drama and Media (HMTMH) – conducted a symphony orchestra with students from both the Sibelius Academy and the HMTMH. This concert project was a part of the cultural exchange program, where the schools’ students learn and experience performance and rehearsing styles from each other. The project begun with students from HMTMH spending a week in Finland, getting acquainted with Finnish music, and continued in Germany, where the orchestra – in turn – performed with Atso Almila, Professor of Conducting and Orchestral Training at the Sibelius Academy.

The Curtis Institute of Music from Philadelphia (USA) visited the Sibelius Academy at the Helsinki Music Center, during their European tour. The tour was a part of the Nina von Maltzahn Global Touring Initiative. During their visit to Helsinki, teachers from Curtis held 2 masterclasses for Sibelius Academy students and the Sibelius Academy organized a joint chamber music session for both schools’ students, as well as a collaborative session, where both schools discussed and gave each other presentations on their respective community outreach programs and experiences.

The Sibelius Academy of the University of the Arts Helsinki organized the Fourth International Maj Lind Piano Competition on August 17–31, 2017 at the Helsinki Music Centre. It has been a national competition in Finland since 1945 and during the 2000s, it grew into an international event. It is currently held at five-year intervals. A blog called Maj Lind! focuses on the history of the competition, previous winners, as well as sheds light on who Maj Lind was.

The Sibelius Academy’s department of research and doctoral education organized many interesting events in 2017, including the International Ligeti Symposium in collaboration with Musica Nova, the second International Jazz Voice Conference, as well as a third consecutive symposium for folk music researchers. Additionally, Sibelius Academy celebrated the 60th anniversary of music teacher training in Finnish schools in various ways over the past year. 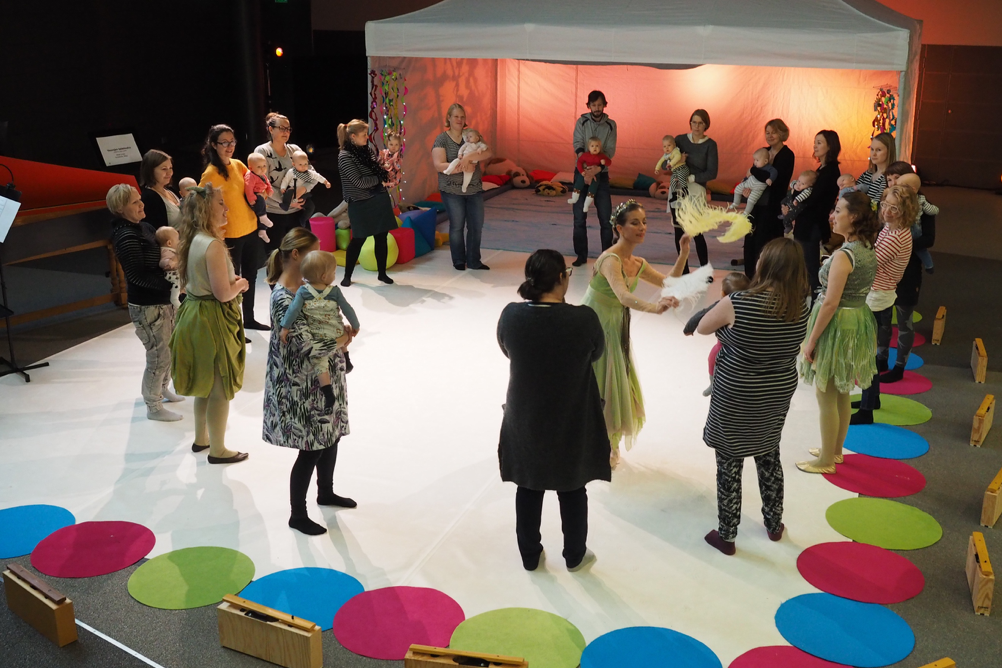 New Research Projects funded by the Academy of Finland

Academy Researcher Fellow Liisamaija Hautsalo explored the practice of equality in the Finnish opera in her research project – Politics of Equality in the Finnish Opera. Funding was also received for two other projects: For Professor Vesa Kurkela’s project on Translocal Cultural Fields, exploring musical activities in major Finnish cities during early 20th century, and for postdoctoral researcher Vesa-Petri Norilo’s project Sprezzatura: From Ideas to Computational Sound, that examines the modes of human-computer interaction in musical programming. Additionally, the Sibelius Academy gained an interesting research project, when Academy Research Fellow Juha Torvinen transferred from the University of Turku to the academy’s Doctoral School MuTri to continue his research project entitled Music, Nature and Environmental Crisis: A Northern Perspective on Ecocritical Trends in Contemporary Music.

- Transforming Finnish Soundscapes, a book on environmental sounds and soundtracks

One of the Sibelius Academy’s strengths lies in the structure of its curricula. “The curriculum is just so well designed. You can literally build your own degree to best benefit your professional goals”, says Ecuadorian Arts Management student Susan Togra.

The academy strives for continued renewal of its curricula to best fit the professional demands of the artistic field, where competition for jobs is at an all-time high. In 2017, the academy completed its latest curricula overhaul. It was a complicated and demanding process, but well worth the effort as it will better the range of possibilities students have in building their own study plans – and just as importantly – it will better integrate the accumulation of the knowledge and skills they need in their professional lives to their studies.

The new curricula will launch in the Fall, 2018.

Sibelius Academy and its Junior Academy

Sibelius Academy has proactively continued developing its Junior Academy. In 2017, the focus was in taking the Junior Academy activities closer to young musicians, who live further from the Finnish capital, and don’t necessarily have the right resources or guidance when it comes to practicing music on a higher level. The Junior Academy’s mission to provide means to a national collaborative effort to educate future talent regardless of the county they grow up in. It aims to educate children in a more comprehensive, diverse way – avoiding the more traditional and constricted, instrument centered learning.

The Junior Academy is Sibelius Academy’s nationwide and government appointed special mission. Its purpose is to introduce musically gifted young people to a high-level music community and education, before they enter the university-level education. 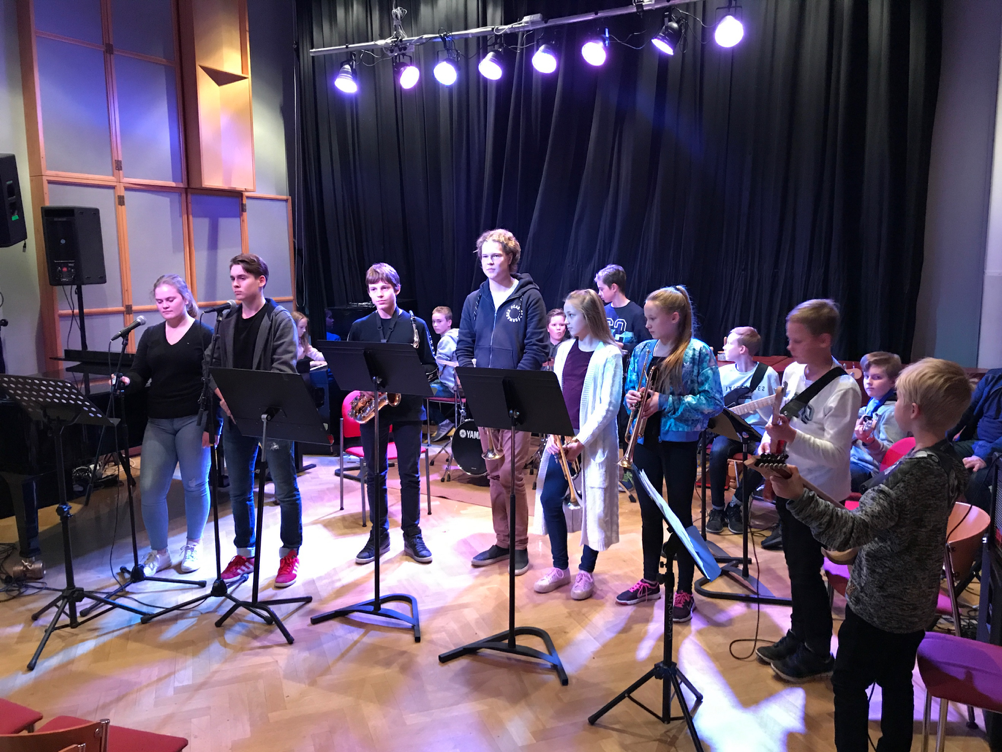 Seven cellists from top American universities and the Sibelius Academy worked together in a workshop conducted by famous Finnish cellist Anssi Karttunen in the Acequia Madre House and gave a final concert in the Sr. Jacobs' Auditorium.

A jazz workshop was organized from November 5th to 12th at the Acequia Madre House in Santa Fe. Musicians from the Sibelius Academy and Miami University participated and a concert was given at the end of the workshop in the St. Frances Auditorium in Santa Fe.

Sibelius Academy Symphony Orchestra performed in a concert on October 23rd in Los Angeles at the Walt Disney Concert Hall under the conduction of Esa-Pekka Salonen.

A conductors Master Class led by Jorma Panula was held together with the Colburn School of Music October 21st to 25th in Los Angeles. Seven student conductors from Finland and the US were invited, and two concerts were given at the end of the course.

A Music Education Symposium titled Music for All: A Vision for Los Angeles took place on October 29th in Los Angeles. Representatives from Finland, the US and Venezuela shared their perspectives on their countries' music education policies.

Prof. Hui-Ying Tawaststjerna gave a master class in the University of Oregon.