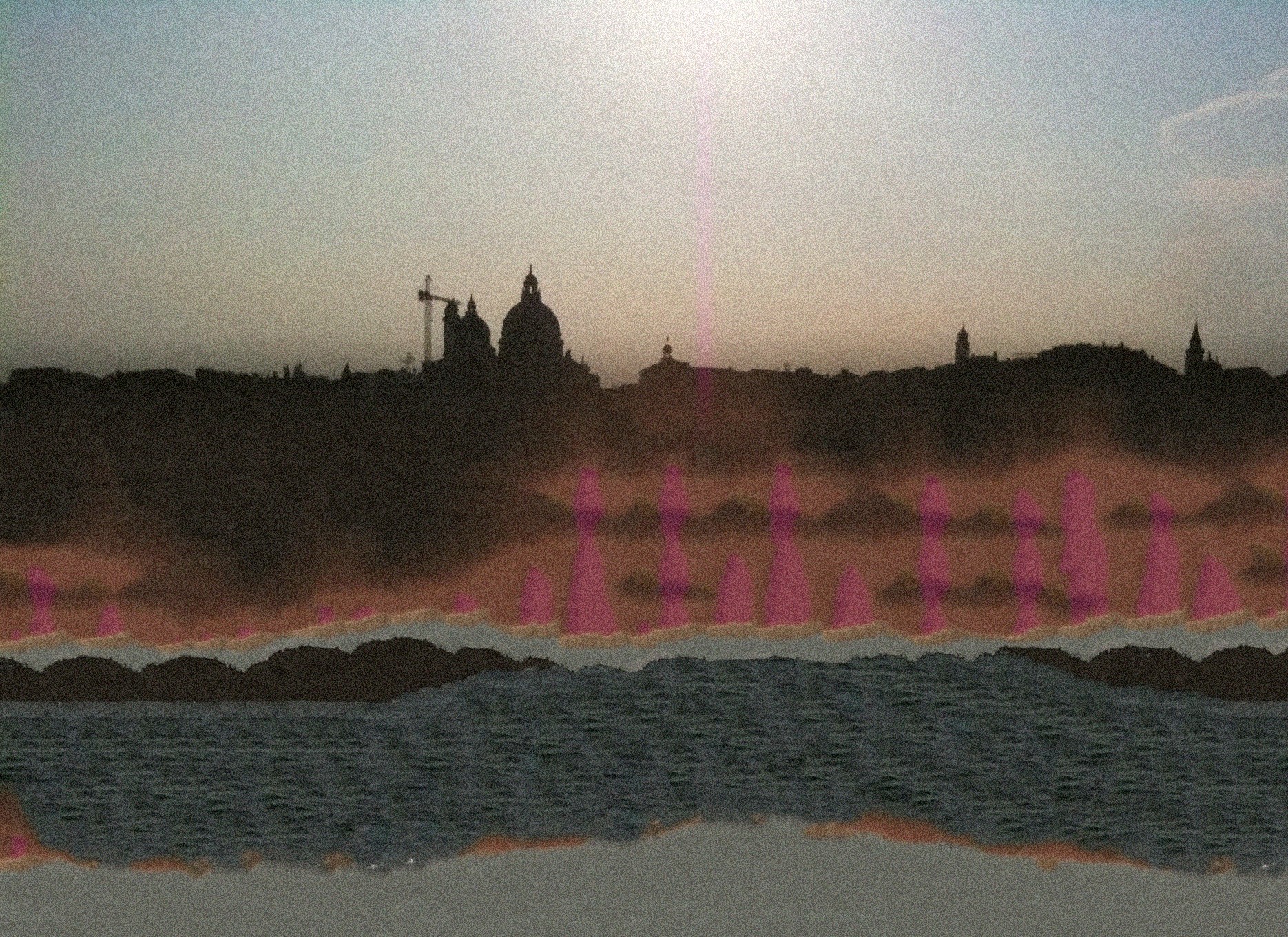 Artistic research does not provide ready-made answers, but instead raises important questions. Artist researchers are currently interested in global topics such as climate change and migration.

The island of Murano outside Venice is famous for its art glass. The glass has been made in Murano at least since the end of the 13th century, when the city of Venice moved all of the city’s glassblowers to Murano. This was done not only to prevent fires, but also to protect professional secrets from competitors.

The story is well known and appears in many travel guides. Less known is the fact that over the centuries, the glass industry has severely polluted Murano’s environment.

In February, a Finnish-international artistic research group will travel to Venice to take soil samples from Murano and two other places: the Porto Marghera industrial area and the canals of historic Venice. The samples will be analysed and the paint made from them will be used for painting large clay pots as part of Uniarts Helsinki’s Research Pavilion in the context of the Venice Biennale.

According to Maarit Mäkelä, the research group leader and professor at Aalto University’s Department of Design, the group aims to bring attention to soil pollution. In addition to Finnish and international artist researchers, the Finnish Environment Institute SYKE are also involved in the project.

“Soil contamination has been overshadowed in the media, for example, by climate change and marine plastic pollution. We want to show that environmental problems involve multifaceted issues”, Mäkelä says.

Environmental issues on the rise

Artistic research established its position in Finland and the world in the early 2000s. Finnish artist researchers are pioneers in the field.

The same global topics that are at the forefront in many other fields are also there in artistic research. Artist researchers are interested in, for example, ecology, migration, humans’ relationship to nature, food production and, of course, climate change.

According to Professor Mika Elo from Uniarts Helsinki, the emergence of global issues is indicative of how urgent and difficult the things we have to face are.

“Today research results to support decision making are needed often faster than what the traditional scientific methods can produce”, he says.

One of the strengths of artistic research is that art allows for the use of a variety of approaches and methods from different scientific fields.

Artists are desired partners for researchers and experts from other fields, since they can combine things at different levels in an experiential form. One role of the artist is to be a catalyst who accelerates discussion.

“Artists are allowed to speak more wildly and boldly than others. We get to say things that would otherwise be left unsaid”, describes Maarit Mäkelä.

When an artist studies social or environmental problems, the goal is not to solve the problems or answer questions. Rather, the artist researcher focuses on creating relevant questions.

“The end result is not definitive truths, but doors or views into new areas”, Maarit Mäkelä says.

Instead of easy solutions, artistic research pays attention to specifics and the diversity of phenomena.

“The strength of art is that it can be a platform for diverse points of view on issues that we confront, and forces us to look back at problems of the past”, says Kimberly Chung, assistant professor at Hongik University in Korea, whose working group is involved in the Research Pavilion in Venice.

The research topic of Chung and her group is shelters – dwellings where people can take shelter in after disasters, but also shelters as psychologically safe spaces.

“We do not believe that art can solve social problems, but we do think that art plays an essential role in shedding light on social issues. This can then lead to solutions”, says Chung.

Maarit Mäkelä and her research team will build a living lab in Venice, where large clay pots will be made. The audience will have the opportunity to follow the work and even shape clay themselves.

The soil samples taken from Murano and elsewhere in Venice will be analysed and the results will provide information on soil contamination. The contaminated soil will be used for painting the clay pots made in the lab.

According to Mäkelä, the task of an artist is not to dump information on the audience, but to propose new ways of seeing things. The contaminated soil thus re-emerges to be part of the human environment in a new form.

“The end result will make people think about the footprints that humans leave on the environment. The viewers can choose whether they view the art through the lens of ugliness or beauty”, Mäkelä explains.

The Research Pavilion in Venice

The Research Pavilion is a project hosted by Uniarts Helsinki, set up for the third time in the context of the Venice Biennale. Professor from Uniarts Helsinki Mika Elo and Henk Slager, professor and curator from the Netherlands, are the project’s conveners.

There are six artistic research cells involved. Emerging topics this year are related to ecology, phenomena production and fiction, among other things.

Research cells addressing societal issues include, for example, Traces of the Anthropocene, which contains two projects: Working with Soil examines soil contamination and Insects Among Us studies mass animal deaths.

The Korean group’s Shelters delves into disaster shelters and the concept of home. Cemetery Archipelago deals with migration and death.

The Research Pavilion in Venice will be open to the public between May and August 2019.

Research in the arts = An umbrella term that includes both art research and artistic research.

Art research = Art is the subject of research. For example, the artist, the works of art or the process of making art are studied.

Artistic research = Art is a method of research. For example, the artist studies some other issue by means of art or studies the means of their own artistic discipline in depth.

Artist researcher = An artist who does research in the arts. Often, they document their artistic work, and contemplate on and write out the thoughts and feelings that arise during the process. They are aware of the contexts of their work and engage in critical discussion with their colleagues and peers.