Traces from the Anthropocene - Research Pavilion 2019 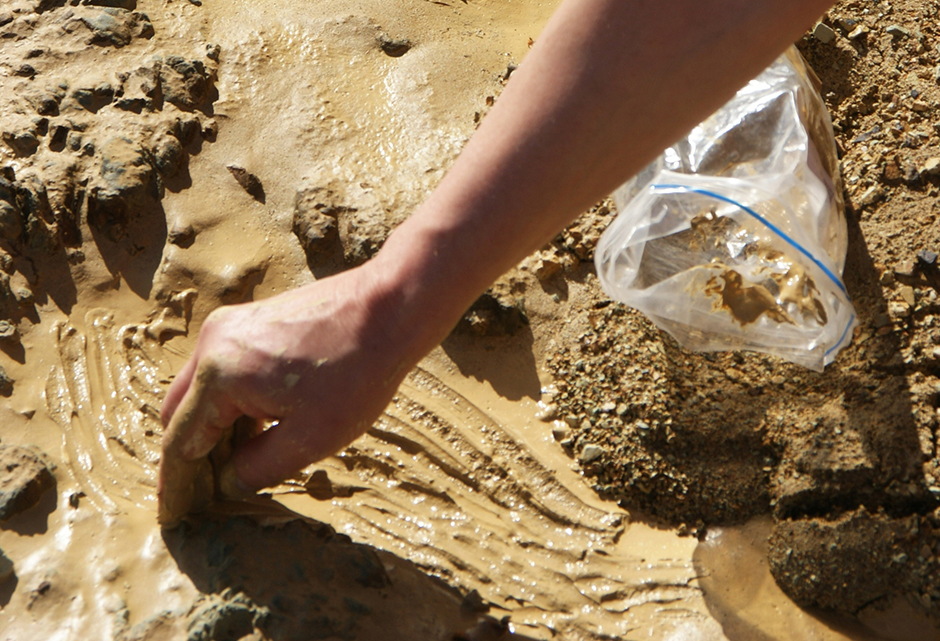 Traces from the Anthropocene: Working with Soil & Insects among Us

Climate change has raised general awareness of the impact of human activity on the environment. Ecological degradation induced by anthropogenic factors such as microplastics, contamination of the soil or the successive disappearance of pollinating insects have become major sources of concern. Under the umbrella title Traces from the Anthropocene, this research cell addresses the social and ecological consequences of human footprint through art. The work proceeds within two parallel subprojects entitled Working with Soil and Insects among Us.

Working with Soil project understands craft making as a valuable embodied practice through which to (re)consider the relationship between human and nature. In this transdisciplinary research, we aim to explore the human imprint to the geological environment with artistic methods combined with chemical analysis. The context of this study is the contaminated sediments of the Venice lagoon. The project builds on a collaboration with professional artist-researchers from Aalto University’s Department of Design and the experts of contaminated soil from the Finnish Environment Institute SYKE.
Read more about the Working with Soil project in the Research Catalogue

Insects among Us targets cultural practices that emerge from encounters between humans and insects. Drawing from methods of insect observation and the history of entomology, our project considers conditions of visibility from an ontological perspective. The work results in a series of experiential visual and audio installations that make manifest the fragility of our socially constructed lifeworld.