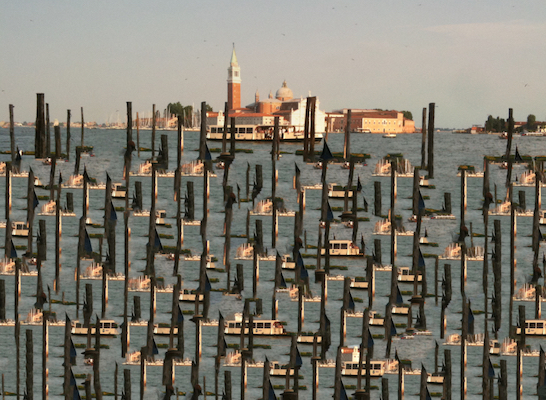 Few of us want to face gross insects or death any more than we want to face our own prejudices. Artistic research can lead us to difficult but important encounters.

One day, on the island of Harakka off the coast of Helsinki, frogs began to die. They were lying motionless on the cliffs with their bones sticking out and skin dried black.

The summer had been so cold and rainy that there were even fewer insects than usual. Visual artist Tuula Närhinen works on the island of Harakka. She thinks the frogs died of starvation.

The frogs got Närhinen interested in disappearing insects as well. She began collecting dead insects and setting them on display installed like Nature Morte in jewellery boxes and eyeglass cases. She killed flies in her studio between the pages of her sketchbooks and called them the Diaries of a Serial Killer.

In the summer, these diaries will be on display in an exhibition called Entomological Encounters, inspired by insect research, as part of Uniarts Helsinki’s Research Pavilion in Venice. The exhibition also includes an installation titled Wing Beats, which Närhinen has created together with sound artist Tytti Arola. Närhinen has built a “karaoke studio” out of a transparent CD box and Tytti Arola composed buzz "beats" of the recordings made inside it. The research pavilion will also include an Insect Karaoke happening, where the audience will get to buzz into microphones too.

Insects are often considered disgusting and are killed en masse with poison. Närhinen is intrigued by their fragility and how different they are from humans. Several insect species are at risk of disappearing, which would be a catastrophe for the world’s ecosystem.

“Humans have a tendency to only look at the world from their own perspective. Encountering very different creatures makes it clear how different the world may appear. We live in the same reality as insects, but on different terms.”

Making the voice of the dead heard

Cemetery Archipelago, another research cell at the Venice Biennale, is also dealing with life and death. The cell involves a group of artists working in various disciplines at the University of Gothenburg whose work is related to death in one way or another.

“For some of us, death is simply a fact; anything that lives must also die. Others understand death as a more general metaphor, a way to describe and understand life”, explains Professor Mick Wilson, convenor of the group.

The artists involved in the group work independently, each focusing on their own project. Examples of their artistic research will be seen at the Research Pavilion in Venice. For example, textile artist Birgitta Nordström will be presenting shrouds that she has made for cases of infant death and that can help families grieve. Wilson himself studies the role of death in politics. According to him, especially in Western culture the dead – or at least some of the dead – are easily ignored and their views are not taken into account. In many other cultures, the previous generation may have rights to land, for example. A good example of the complex role of the dead are the refugees from North Africa trying to reach the Italian island of Lampedusa.

“If a boatload of people from Somalia drown in the Mediterranean, they are given Italian citizenship so that they can be buried in Italy. Those who survive are sent back”, Wilson says.

Mass bee deaths, dead babies, refugees crossing the Mediterranean. All heavy but important topics that we do not usually want to think about.

Tuula Närhinen believes the possibilities artistic research provides for dealing with difficult subjects are related to matter and sensuousness, for instance.

“For example, the bodies of insects are very small and fragile. The fragility and beauty of materials are not addressed in natural science. In art, they can be approached through various senses, such as sight, touch and hearing”, she says.

At the same time, she emphasises that separating reason and emotion is not the purpose of artistic research. “Measuring is an interesting way to study reality, but the artist’s perspective can be more complex. Corporeality and the senses help us also access the emotions raised by the subject”, Närhinen says.

For example, the Insect Karaoke happening related to the Wing Beats installation may sound like a joke, but the event is not being organised just for fun. Närhinen wants to bring out the important parts of the ecosystem that are normally overlooked.

“We are studying how small, yet important creatures in the world can become seen and heard. Imitating a foreign species increases empathy towards otherness.”

Mick Wilson shuns the idea that artistic research should be categorised as its own discipline. He thinks the artist – just like a doctor or programmer – can study things and come up with something new while doing his own work.

According to Wilson, artists do not have special access to difficult topics, instead they are held prisoners by the same taboos as everyone else. He believes there are also topics that artists dare not touch. Artistic research is not very diverse, for example.

“Nobody wants to include Neo-Nazis in the conversation. Very many artist researchers are white, wealthy Westerners in regular employment. When such a group claims they are including everyone in the discussion, you have to be a bit suspicious”, he says.

Wilson hopes artists will take a humble and modest approach.

“When artists do research, they may notice some blind spots in society because they are dealing with the subject from a new perspective. But for artists to address their own blind spots, they would need to come from outside the arts”, he says.

The ecology of nature and research are featured in Venice

– One idea in the research pavilion is to form a shared space where different artistic methods and topics come together and influence each other. The goal is to strengthen the characteristics of each study and enable future collaboration between artist researchers.

– Natural ecology is discussed in a Uniarts Helsinki course that seeks more sustainable ways of acting internationally as an artist in the future. Nine Uniarts Helsinki visual arts students are traveling from Helsinki to the Venice Biennale by train.

Read the other parts of this article series: