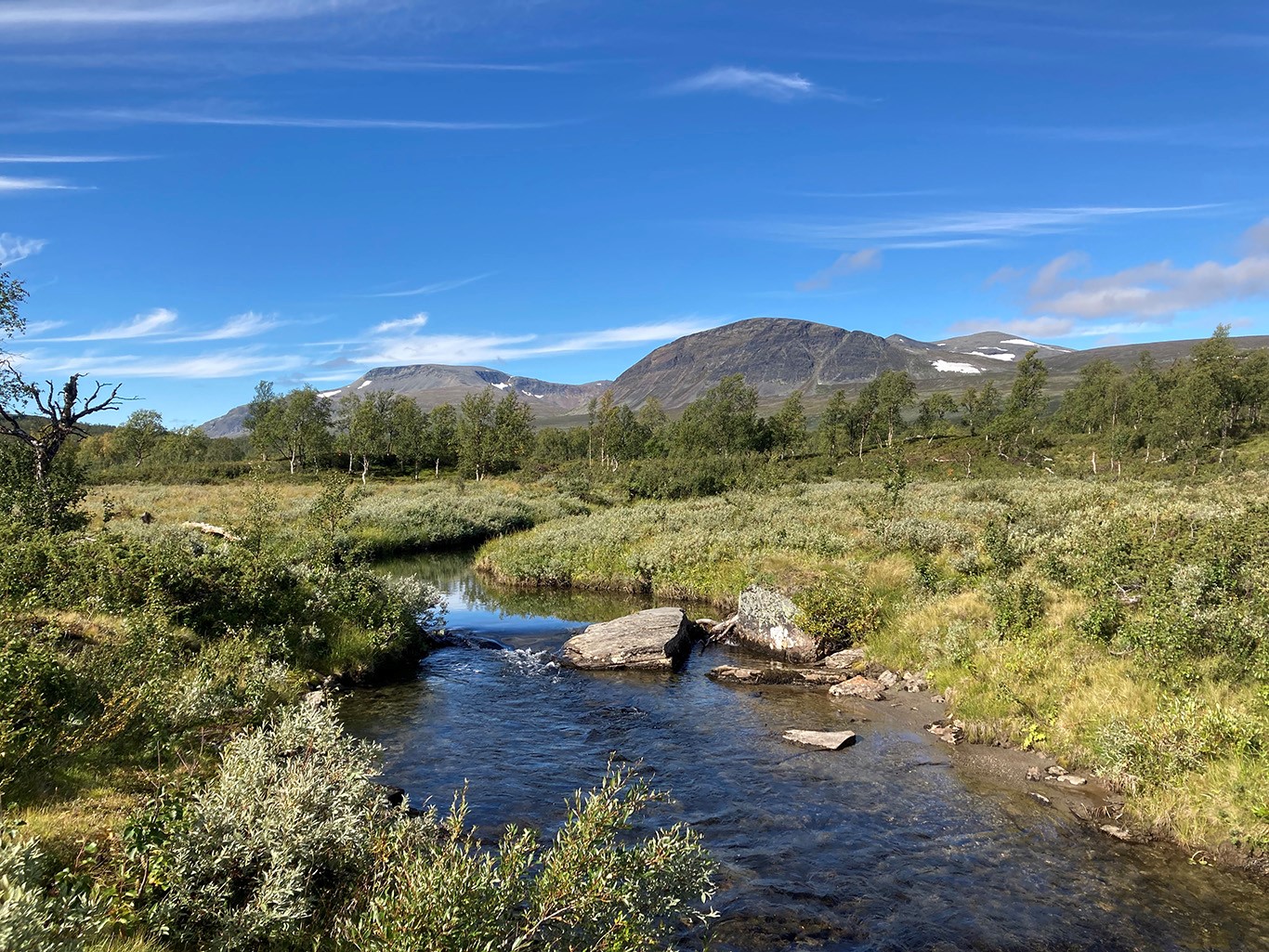 Colonialization, racial biology, assimilation politics, forced relocations and the theft of Sámi markers are a clear prominent picture of the Sámi history. In many cases, state policy in the Nordic countries also contributes to the Sámi being deprived of their language, culture, industries, and identity. This also belongs to the mental colonization through the eradication of the Sámi religion with its rites and conception of order in the universe. The Sámi share this story with other indigenous peoples in the world.

Colonial politics has not ceased, it has changed shape. Indigenous peoples and their lands are still subject to plunder and devastation. Language, culture, industries, and other forms of identity bearers are as well put on exception. The injustices continue and the list of regrettable faults and omissions can go much further. The states in question have for centuries been ignorant of indigenous peoples and shown, in many cases, total denial of their own abuses.

All this is about power. The power we have, power over our attitudes, power we possess. It is the formal power that indigenous peoples do not have. In the light of this, we will reason during the Research Day about mental independence. Can we become mentally independent? Do we need the excuses that are pending? How do we proceed? We have struggled and are struggling. What steps must we take to drive the process forward? Can the artistic processes contribute to mental independence?

Presentations of spekars can be found at the bottom of the page.

Program arranged online.
Please note that the times given in the schedules are in Finnish time (Finland).

10:50 Lecture: Thinking carefully with sorjjasmeahttunvuohta and (in)dependence by Hanna Guttorm

13:10 Lecture: This Is Our Call. A Story of a Century Long Forest Sámi Cry for Help in Northern Sweden by Krister Stoor

14:30–14:45 A summary of the Day and end discussion, led by Hanna Guttorm and Lea Kantonen

Geir Tore Holm (b.1966 in Tromsø). Grew up in the Sámi community Olmmáivággi/Manndalen, Gáivuotna/Kåfjord. He lives and works at Øvre Ringstad Farm in Skiptvet, Østfold. Graduated from Kunstakademiet i Trondheim in 1995. Parallel to individual work with video, photography, print making, sculpture, performance, community work and installations, he mediates, writes about and teach in contemporary art. With Søssa Jørgensen he established Sørfinnset skole/ the nord land in Gildeskål, Nordland in 2003. Geir Tore Holm was head of project in the founding of Kunstakademiet i Tromsø in 2007. From 2009 til his dissertation in 2017 he was a fellow in artistic research at KHiO–Oslo National Academy of the Arts with the project Poetics For Changing Aesthetics. He is a holder of Government guarantee grant for artists and received the John Savio Prize of 2015. Currently he is co-curating the exhibition Nils-Aslak Valkeapää/Áillohaš at Henie Onstad Kunstsenter and contributing to Bakom hörnet vindens jojk, Sven-Harrys Konstmuseum, Stockholm.

Hanna Guttorm, PhD in Education, is widely interested in life and its possibilities on our planet. She is especially inspired on Indigenous ontologies and post theories with those she investigates, how we should do and write research in order to make a change towards a more ecological, social and cultural sustainability and solidarity. She works currently as a senior researcher in Indigenous studies at the University of Helsinki, funded by Kone Foundation.

Krister Stoor, Director of Várdduo - Centre of Sámi Research and associate professor at Dept. of Language Studies/Sámi dutkan. I was born in Jukkasjärvi parish, grew up in Kiruna and Orusjohka in the northern part of Sweden. I teach undergraduates, graduate as well doctoral students, in the section of Sámi dutkan/Sámi Studies at Umeå University where I earned my Ph.D, in 2007. My dissertation is based on yoik stories – Jojkberättelser. My academic research field is folklore, narratives and yoik, the Sámi way of singing. Some know me as a yoik performer, I've been playing with Stuoris & Bálddonas, Björkstakören and solo. Furthermore I have published three CD:s. My research interest is: Traditional knowledge or intellectual Indigenous traditions is a field that has drawn interest in recent decades. These discussions will certainly continue. Through the elders' experiences, their practical work and oral traditions we can gain a good picture of heritage and knowledge. In that way we tie past, present and future together – like a crocheted tablecloth. Traditional knowledge is built upon experience, a holistic view and empirical personal studies, developed together with the art of trying, failing, learning and trying again. One need not express explicitly what to do or how to do it: just see, understand, learn and try. By analyzing Sámi yoiks and songs we can get valuable information about times gone by. For instance, songs of animals, like the arctic fox appears in several old songs – this is a theme well worth studying.

Djon Mundine OAM is a proud Bandjalung man from the Northern Rivers of New South Wales. Mundine is a curator, writer, artist and activist and is celebrated as a foundational figure in the criticism and exhibition of contemporary Aboriginal art. Mundine has held many senior curatorial positions in both national and international institutions, some of which include the National Museum of Australia, the Museum of Contemporary Art, Art Gallery of New South Wales and Campbelltown Art Centre. Djon Mundine OAM also won The Australia Council’s 2020 Red Ochre Award for Lifetime Achievement and is currently an independent curator of contemporary Indigenous art and cultural mentor Artist which are showing pieces during the conference.

Liselotte Wajstedt, based in Stockholm, Liselotte is a Sámi multimedia artist from Kiruna whose work spans film and video, collage, painting, photography, sculpture, textiles, and installation. Her experimental moving image body of work comprises over two dozen shorts and feature-length films. Spanning hybrid documentary, experimental media, music video, dance, and fiction films, Wajstedt mobilizes many different styles and techniques in the service of her politics and aesthetics, including animation, claymation, stop-motion, and superimposition. Many of Wajstedt’s films engage explicitly or implicitly with multiple and hybrid subject positions, as evident in A Sami in the City (2007), Sami Daughter Joik (2008), A Soul in a City (2011), Kiruna Space Road (2013), The Lost One (2014), Kiruna the drift block, Bromsgatan, Kvarteret Ortdrivaren och The Girl Kiruna (2020), and Silence in Sapmi ( 2021). Behind her she has an education in painting and arts from different schools in Sweden: Project programme in free Art at Royal Tnstitute of art as well as animation and experimental filmmaking with special emphasis on documentary storytelling and scriptwriting; Bachelor of Arts in Expression in Convergent Media, 2010 at Gotland University.

Ánndaris Rimpi: Sound scape artist, composer and singer working as sami language teacher. Grown up and living in Göteborg, south of Sweden, 1500 km from my sami relatives. Trying to keep and find my sami identity and language and give it to my son in a surrounding where close to 0% samis are living.

Timimie Märak lives and breathes poetry. An uncensored well-formulated combination of big city and mountain air, raw love and frustration. In 2012, it reached out with the text - Us Local People - and has since worked with art where the written and spoken word are the main tools. Via the instagram account @timimiemarak, Timimie drops queer Sami truths, art and self love selfies.